Coming to America: What Will Pope Francis Discover?

Coming to America: What Will Pope Francis Discover? 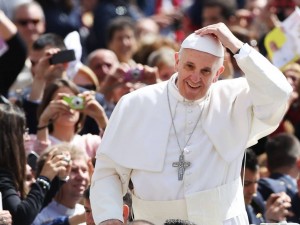 I was born and raised in the U.S., but I was never an American Catholic. Brought up in an evangelical-Protestant, fundamentalist home, I went to England after college and became an Anglican priest. Eventually, we were received into full communion with the Catholic Church, but remained in England for the next 10 years.

Then, in 2006, we moved to South Carolina in order for me to be ordained as a Catholic priest under the pastoral provision for married, former-Anglican priests.

Therefore, like Pope Francis, I came as a newbie to the Catholic Church in the United States. Never having been a Catholic in America, I came back with my eyes wide open. While I (like Francis) had my own set of prejudices, personal views and cultural filters, I was prepared to accept with curiosity and commitment the new Catholic culture into which I was being transplanted…

I had discovered what reporter John Allen calls “American Catholic tribalism.” What I began to experience very quickly was that there are two churches that call themselves “Catholic” in America. They exist side by side in an uneasy alliance. It is an alliance that affects an outward unity, beneath which there is scarcely any unity at all.

In fact, the two objectives are not opposed, and it is a grave error to separate the two. As Pope Francis visits the United States, he exhibits the great gift of combining these two objectives. Passionate about peace and justice issues, he is just as passionate about the soul’s encounter with Christ and the need for salvation from sin. Francis’ missionary journey to these shores should remind us that the founding saints of America — Serra, Cabrini, Damien, John Neumann and others — also combined a passion for the poor and the eternal mission to save souls.