Confession: The Pathway to Mercy

Confession: The Pathway to Mercy 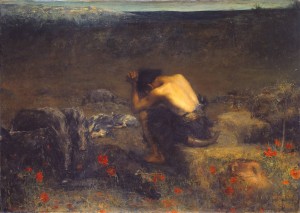 Am I disturbed about all the talk about mercy?

The problem I am having with all the talk about mercy is that I fear by “Mercy” too many people hear “Blank Check.” In other words, “Oh goody, the Catholic Church says ‘Everybody can do what they want.”

It is through repentance that we walk on the pathway to mercy.

The prodigal son in the pigpen “comes to his senses” or as the old version says, “he came to himself”. Then he decides to get up and leave the pigpen of his sin and return to the father’s house. It is then and only then that he can experience the father’s mercy.

What I have always found interesting about the parable is that the Father does not go out looking for the son. He does not find him at the riotous parties and scold him and haul him home by the ear to be punished. Neither does he find him in the pig pen and scold him and tell him to come home. Instead he stands and waits with a broken heart, knowing that the boy must come to himself and make the long journey home and come home with a penitent heart.

This is true mercy: the Father does not scold and harangue and condemn. Neither does he condone and say the sin does not matter. Instead he simply stands and waits with a heart of mercy.

However, the prodigal is not able to come home with his decadent friends. He had to leave them behind. Over here at The Catholic Thing my friend Anthony Esolen has composed a wonderful version of the parable of the prodigal son to make this point. Continue Reading