Don’t Be Scared of Spirituality

Don’t Be Scared of Spirituality 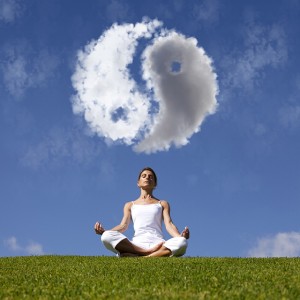 My latest blog post for National Catholic Register is here. It analyzes why we’re sometimes a bit leery of spirituality.

Why is it that among ‘conservative Catholics’ there seems to be so little interest in spirituality? We’re big on apologetics. We’re big on dogma. We’re big on the moral teaching of the Church. We’re big on the rules, the rubrics, the regulations and the routine. But I think we’re a little bit scared of spirituality.
If my hunch is right, then there are some good reasons for it. Over the last fifty years of the revolution in the Catholic Church “spirituality” has developed a bad reputation. Catechesis which should have focused on doctrine focused on “relationships” instead. Sometimes people substituted sentimentality for spiritual direction and relativity for true religion.
Sisters in liberal orders began to explore Buddhism, labyrinths “earth religions” and “feminist spiritualities”. Spurred on by spurious psychologies they were all about “self discovery” and their favorite mantra became, “The kingdom of God is within you” which they interpreted as “You are the kingdom of God”
Like most revolutions this was a reaction against something else. Liberal Catholics were reacting to a pre-Vatican II Catholic religion that they had experienced as legalistic, harsh and rigid. They were reacting against a religion that seemed to be over sacramentalized and under evangelized. They were reacting against a religion that was highly institutionalized and formally structured. They wanted something good. They wanted their faith to be real and they wanted people to have a personal encounter with Christ. They wanted the faith to come alive!
The problem is that they were not properly grounded and rooted in real Catholicism.