Dutch Doctor Has Family Hold Down Grandma to be Euthanized

Dutch Doctor Has Family Hold Down Grandma to be Euthanized 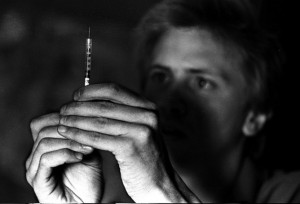 So called “Assisted Suicide” has been legal for some time in the land of tulips, wooden shoes and windmills.

The Netherlands legalized murder by injection seventeen years ago, and the numbers of old people, depressed, terminally ill and disabled who are injected goes up year by year. To date there have been about 5,500 deaths.

The latest horror story from Holland is this unbelievable tale in which Doctor Death had to get the old woman’s relatives to hold the poor old lady down while the needle was inserted.

The euphemisms abound. It’s like us calling abortion a “termination of pregnancy” and the unborn baby’s body “the product of conception.”

Even more astounding is the fact that the Dutch doctor was cleared of any wrongdoing. The panel judging the case said that she “acted in good faith.” What on earth does that mean? She meant well? Not to press the Nazi analogy too far, but the Nazis meant well. They really thought they were ridding the earth of scum. They were pulling weeds and no more. Not a mistake that the gas they used was derived from a pesticide. The Jews were just pests in need of extermination.

When are we going to stop and realize that human life is sacred from the womb to the tomb? A wealthy and powerful society is only civilized if it expends its wealth, energy and concern on all those who are most vulnerable. With common sense and compassion we must help the elderly, the infirm, the terminally ill, the unborn, the disabled, the refugee, the homeless and those in every kind of need.