Should Dylan Roof Be Executed?

Should Dylan Roof Be Executed? 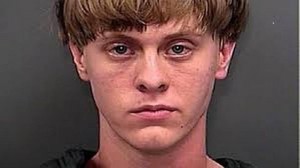 It seems impossible to comprehend why Dylan Roof felt it necessary to gun down nine good Christian people at a Bible study. The fact that he planned the massacre, sat in the Bible study with the folks for half an hour and then opened fire is incomprehensible.

His lack of remorse and cold hearted disregard for his victims and their families is horrible.

He thought they were sub human. He seems sub human. He’s a rat, a cockroach in human form, a demon possessed human horror. Right?

Its hard to avoid the natural revulsion at the worst of human crimes, and in our efforts to understand its not necessarily right to find the usual excuses: he came from a broken home. He didn’t have any friends. etc etc.

But maybe he didn’t have a terrible home life, and if he did, well, others have terrible home lives and rise above it to become wonderful human beings. He says he does not have psychological problems and he is not insane. He knew what he was doing, chose to do it and does not regret what he has done.

So squash the cockroach. Justice is justice. He took life. Take his life.

I’m going to stand this natural human reaction on its head and say he should be spared.

He should be spared because he too, despite his degradation, is created in God’s image. That image is now marred, soiled, wounded and distorted beyond our comprehension, but way down deep he is in the image of God, and we should not snuff out his life.

He took innocent lives and you say he should give his life? Let him give his life in a secure prison for the rest of his days, and there let him come to the light if he can.

What about the innocent victims?

This is what was so memorable about the terrible events- that South Carolina — which is vilified for being a deep South racist state– came together in a show of solidarity and support. The people of Charleston both white and black marched together against racism.

Most of all, the sweet Christian people of the AME Church from the very beginning said they forgive Dylan Roof. You can read about it here.

That’s what Christianity brings to the world.

They forgave Dylan Roof, and as Catholics we stand with them for the possibility of forgiveness even in the face of the most terrible crimes.

Thats why we’re against the death penalty–even for Dylan Roof.