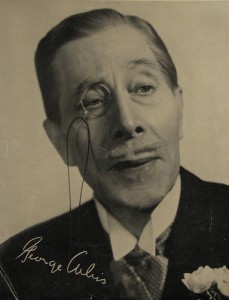 There’s an amusing article here in today’s Daily Telegraph by an Englishman chortling away at Americans’ ignorance about Britain.

The author does a pretty good job of tossing off the usual snooty English comments about Americans.

British visitors to America often report how shocked they are to discover how little is known about their country. It’s not that Americans get their facts wrong, although they often do (more about that later). It’s that they rarely think about Britain at all. For the vast majority of Americans, we’re simply not on their radar.

I found this out when I spent a year at Harvard as a Fulbright scholar in the late 80s. I remember being at a drinks party organised by the Government Department to welcome their overseas visitor and thinking it would be a good icebreaker to ask members of the faculty what they thought of “the special relationship”. Without exception, none of them knew what I was talking about – including the professor of international relations at the Kennedy School. “We regard our relationship with all our allies as ‘special’,” he said, before turning to a young woman from Belize.

Notice the way he drops into the conversation that he was a Fulbright scholar at Harvard….the English snobs just LOVE name dropping. They have this expert way of bragging by assuming that you are in the same social class as they are.

My wife, who is from Sussex in the Southeastern part of England, went to an ordinary state school. She once met one of these folks who the English called “toffee nosed”. The girl had gone to one of the most prestigious private schools in the county of Sussex called Roedean. When she met my wife and learned that she was from Sussex she feigned delight and said, “Roedean?” To really get what was going on you have to understand that the toffee nosed gal knew very well that Alison had not gone to Roedean, and by that one word she asserted her social superiority, rudely put Alison in her place and (this is the real killer) considered herself wonderful for doing so.

When I lived in the damp lands I was always tickled by the way the middle and upper class English would use Americans as their favorite racial minority. For them all Americans went around England on big tour buses. They were all in their fifties and named Fred and Doris. The men chomped on cigars, had big cameras slung around their neck and wore plaid bermuda shorts. The women all had a big boobs, big butt, big jewelry and big hair. They laughed at the Americans stepping off the bus in Parliament Square yelling, “Get the camera Sidney! We’re in Paris France!”

It’s certainly true that many Americans are ignorant, but at least for the most part they are cheerfully so.

I used to point out to the English who were laughing at American tourist stereotypes that perhaps they thought this sort of American was typical because they were the ones who stood out. “It might be,” I opined, “that there are many sensible, intelligent, educated and really quite nice Americans who are also here in your country, but because they are ordinary and the fit in you don’t see them.”

Once I got them going I’d push the envelope, asking if they had, perchance, had any experience of the English tourist abroad. In fact the British in the resorts of Greece and Spain are notorious for their drunkenness, lewd behavior, brawling in the streets, vomiting and copulating in doorways. Then I’d remind them of the scourge of the English football hooligans. If the English team was playing anywhere in Europe the other country would board up their shops, close their bars and have the riot police standing ready. “At least fat American tourists from Long Island or Miami are polite and cheerful even if they’re sometimes a bit stupid. The English abroad combined stupidity and ignorance with drunken rioting in the streets of the country their visiting.

At that point the nice English middle class snob would usually change the subject.

This is because he thinks all English people are really like he is–privately educated, well off, well spoken, well connected and well–just as full of himself and ignorant as he thinks American tourists are.

So much for my little rant. Fact of the matter is there are ignorant people everywhere. So what?

I’d rather have a cheerfully ignorant, polite older American than  a drunken English yob throwing up or throwing a chair at you.