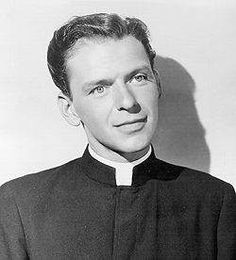 Guest blogger Fr Harvey Nicolaitan SJ, is a master of modern media. With a degree in Communications, he is a well known author and guest on reality TV shows, Fr Nicolaitan is the author of My Little Rainbow Bridge- a children’s story about being kind to trolls. He has been invited to speak at many of our nation’s greatest Catholic intellectual powerhouses. A member of the Vatican Confectory for International Dissimulation, he advises bishops on effective communication. Fr Nicolaitan is contributing a series on “Rules for Radicals or How To Be A Successful Catholic Dissident Today”.

Thank you so much for joining me here in my mini series on “How To Be A Successful Catholic Dissident Today” Let’s just take a moment to review what we’ve learned so far. In our first session I explained how it is vital that the Catholic dissident adhere completely to all church teaching. Of course how you interpret the church’s teachings is the interesting point.

So, for example, to be a successful Catholic dissident you should totally and completely affirm that remarriage after divorce is impossible. However, you can also affirm that a pastoral approach should be taken and that in certain circumstances and according to particular motivations and intentions of the persons involved a remarriage after divorce might be the best option…for the sake of the children. (Always weave in something about ‘for the sake of the children’ if you can)

In the second session we looked at the importance of having a positive media presence. I outlined how important it is to cultivate positive relationships with media personnel, the importance of building up a strong and positive media presence and how vital it is to present yourself not as a dissident or a rebel, but as a “brave pioneer” or a “reformer.” Most people will perceive the Catholic Church as a crusty, corrupt, hidebound institution locked in a medieval world of the Spanish Inquisition, slavery and witch hunts. Reformers and brave pioneers always go down well because most of the people already assume that the Catholic Church is in vital need of reform.

Now to today’s session: It is very important to choose your subject of dissent very carefully. People aren’t interested in money that much. Of course they like to think that the Catholic Church is rolling in cash and that most of it comes from the mafia, but what they are really interested in is sex.

Because they are obsessed with sex they assume the Catholic Church is obsessed with sex, and this is the area which will get you the most attention. It doesn’t really matter if you are dissenting about married priests or complaining about pedophile priests or clerical celibacy or women’s ordination or same sex marriage. Any of these topics will do very nicely for your career as a Catholic dissident, but to avoid getting side tracked into one of these issues itself, for the sake of discussion, let’s choose a pretend topic.

In my little book (which has been endorsed by an Archbishop and a Cardinal!) I talk about trolls under the bridge and I call for the church to change her harsh attitude to trolls. So let us use the fairy tale example of trolls to illustrate how to handle the first stages of your dissent.

Having chosen the church’s treatment of trolls you must first set up the trolls as being misunderstood. Paint a harsh picture of the church’s treatment of trolls. “Trolls eat goats that cross the bridge! Trolls should be excommunicated! Trolls are ugly, foul mouthed beastly creatures! Trolls are mean to goats! Trolls are demonic! Trolls should be excluded!” Once you’ve portrayed the church as harsh and uncaring it is only a short hop to  elicit sympathy for the trolls.

Explain how trolls are misunderstood. Explain how they are doing the best they can and they can’t help being ugly. They were born that way. Explain how the trolls behave the way they do because they have been treated so badly. Tell a story about Cindy Troll and Andy Troll who were only trying to do their best and were kicked out of their bridge by the mean old authorities. Paint the trolls as martyrs and victims. This will elicit sympathy and get most people on your side.

Remember your most effective tool in this campaign is to appeal to the heart. This means appeal to the emotions. People don’t want to be troubled by facts. They want their heart strings tugged. Portray the trolls as nice people–sometimes flawed–(and let him without sin cast the first stone!) but deserving of equal rights and dignity.

Never talk about what trolls actually do. Gloss over the fact that they kidnap baby goats and eat them for dinner. Don’t talk about the way they scare and bully everyone who crosses the bridge. If their bad behavior comes up say its not for you to judge. If anyone does persist in telling you how nasty trolls are scold them for judging and tell them Jesus would never judge the trolls.

It could be that someone raises the point that the church condemns trollish actions. If they push you to affirm this teaching and say that you also condemn trollish behaviors just deflect the question and say, “The Church’s teaching on trollish behavior is very clear.” Others might say to you, “But what if the trolls don’t want to come up from under the bridge and turn from their wicked goat eating ways?”

Your reply is, “It is up to us to go down beneath the bridge with the trolls and meet them where they are. Why should we wish to impose our values and lifestyle on them? Instead we accept them just as they are and affirm them, for they too are God’s creatures.”

This is a very good career move because once you have won justice for the trolls you can go on to another group who you have decided is persecuted by the church and start all over again.

One of the exciting things about being a Catholic dissident is that you get lots of publicity for your books. By rocking the boat you will get lots of headlines, and those headlines generate book sales and speaking engagements. It is true that you may not be very popular with some Catholics, but they are the rigid, Pharisaical ones, and if you don’t win their approval don’t worry. By alienating them you will have won many more followers. They are exactly the sort of Catholics the majority of people can’t stand. For every rigid, legalistic type you lose you will gain a dozen, level headed, big hearted followers. Those who appreciate you may not be Catholics in a formal sense, but they are good people who only want a world of justice, kindness and equality for all.

There is much more to think about when managing your message and we will deal with that in the next session.