Is Hugh Hefner in Hell?

Is Hugh Hefner in Hell? 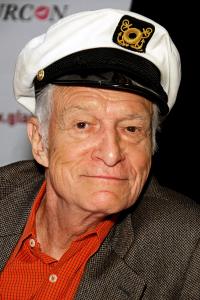 Hugh Hefner, the founder of Playboy magazine is dead.

The Catholic Church teaches that at the moment of death the eternal destiny of each soul is determined. You go up or you go down.

Hugh Hefner led a life that was not only sexually self indulgent, but it objectified women, glamorized sin and caused millions to dive into sin with carefree abandon. He not only hurt women, but helped in the breakdown of marriage, the destruction of the family and contributed to the culture of contraception, abortion and death. Predictably, he is being hailed as a trailblazer, a man ahead of his time, an entrepreneur and a great American.

“Playboy” was an apt name because his hedonistic lifestyle encouraged millions of men to treat sex as play time and to remain boys–addicted to adolescent fantasies about sex. A man who sold women? Entrepreneur is one name. I can think of a few others. A trailblazer? What he did may have been daring, but it was not new.

But let’s cut to the chase. The man is dead. The question remains– is Hugh Hefner in hell?

It’s not for me, or anyone to determine that. Any soul, at any time, up to the last moment may experience the grace of repentance and faith. He was ninety one. In his final years of old age did he have regrets? Did he turn to the light? We don’t know. We can hope.

Saint Faustina had a private vision in which every soul, and the point of death, saw the merciful Christ who asked three times, “Do you love me?” and only the souls who refused his love three times would depart into the dark.

I once read an interview with Hugh Hefner in which his sophisticated facade dropped for a moment and he revealed that he was a lonely child with a distant, un affectionate mother. If I remember the interview correctly he had a stuffed bunny to keep him company. So go figure. Analyze that one.

Maybe those who would condemn Hugh Hefner can see beneath the celebrity fornicator a lonely little boy looking for love. Maybe when he came face to face with the source of Love he said “Yes, this is what I have been looking for all my life…”

On the other hand, St Faustina was no softy when it comes to hell, and we’re not to conclude that everybody will say yes to Jesus’ invitation. FAustina  warns soberly about the reality of hell and shares her vision of it. If you want to read what she saw go here.

Now, some have speculated that the choice St Faustina visualizes is the summary of all the soul’s choices on earth. If Hugh Hefner rejected his Christian upbringing and turned from the Beautiful True Love of Christ every time he was exposed to it in his earthly life, the hope that at the end he would make a different choice seems remote.

We don’t know. It is God’s mercy not our condemnation that matters.

Hugh Hefner’s death gives the opportunity to ask why the Catholic Church condemns pornography and the Playboy lifestyle.

“What’s wrong with looking at pictures of pretty ladies?” you might well ask. Continue Reading