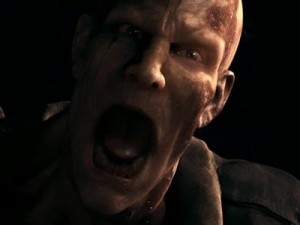 Infected Beast from “I Am Legend”

The Jihadist murders and subsequent mayhem in Paris have got me thinking about free speech, bullying, vengeance and retaliation.

As usual, it is all much more complicated than we first think.

We’re the ones who are rational, educated, refined, witty and tolerant right?

But in fact, the cartoons at Charlie Hebdo were anything but rational, refined, educated, witty and tolerant.

They were irrational, crude, inflammatory and intentionally vile and blasphemous.

Did you see the one with God the Father sodomizing God the Son and being sodomized by the Holy Spirit? Don’t bother. It would make you puke.

The cartoons were ugly, racist, anti-Semitic and anti-Catholic as well as anti Muslim.

Of course I am not condoning the violence against the French cartoonists, but making the point that the French satirical magazine was not an example of rational, witty and refined tolerance.

In the UK they would probably have been prosecuted for “publishing material that is likely to incite religious or racial hatred.”

The jihadist murderers are despicable, but lest we get on our high horse let’s remind ourselves what goes on in our own culture.

From time to time on my blog and on my friends blogs we have written posts that have been critical of same sex marriage.

The posts were not rage filled rants. They were not a kind of “Westboro Catholic” shriek calling for “death to demon possessed homos”. They were not condemnatory or ugly, but they were either an explanation and defense of marriage or a somewhat bland or wearily cynical critiques of the attempt to bully everyone into a re-definition of marriage.

What was the response? Rational, educated, refined, witty and tolerant dialogue?

Our comment boxes were filled with shrieking protesters who issued the most vile blasphemies against our religion. We were snowed under with pornographic images, rage filled spluttering rants and people claiming that they are Satan worshippers who are going to curse us. We’ve had death threats. We’ve had promises that they know where we live and that they are coming to get us.

The most horrifying was the commenter who wished that my daughter would be gang raped, impregnated and then forced to have an abortion.

It was like we were being attacked by those infected, sick once human beasts from I Am Legend.

I mean we’re really not like those filthy Muslims are we?