Get Ready for the Sequel: “Poor Little Planned Parenthood”

Get Ready for the Sequel: “Poor Little Planned Parenthood” 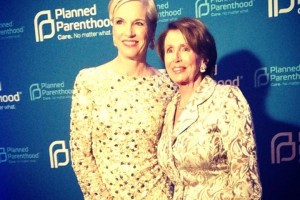 Get ready for the sequel of the summer blockbuster: Planned Parenthood: the Victim.

No doubt Cecile Richards will change tack from her aggressive denials to playing the victim.  I expect we’ll see her before the cameras clutching a hanky and looking wounded and sad. She’ll be flanked by Hillary Clinton looking “concerned” and “determined to do something”. Fellow Margaret Sanger Eugenicist of the Year Award winner Nancy “the devout Catholic” Pelosi will be there arm in arm playing the kindly grandmother who does nothing but care for women.

In keeping with our mania for playing the victim, the press will portray Center for Medical Progress and David Daleiden as big playground bullies who are picking on poor little ole Planned Parenthood. Those who are outraged will not be ordinary American men and women. Instead they will be those mean old, rich white men in Washington: the Republicans.