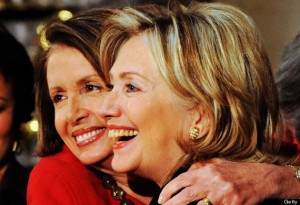 Last week’s Planned Parenthood video featured Dr Deborah Nucatola explaining in detail how she “crushes here” and “crushes there” using ultrasound to help position her forceps so she can keep the baby’s internal organs intact for be “re-imbursed” later.

Now we have Dr Mary Gatter discussing how she will instruct her doctor to use a “Less crunchy” method of abortion to keep the internal organs intact for later financial “compensation.”

These are both professional, educated American women discussing quite calmly how they chop up unborn children so their organization can receive “re-imbursement” and “compensation.”

Notice the remarkable silence from the usual defenders of Planned Parenthood.

Both of them won the Planned Parenthood Margaret Crunching and Crushing award.

Why don’t they take the stage to defend Planned Parenthood?

For that matter, why haven’t we heard Michelle and Barack Obama step up to defend the nation’s largest killer of African American children?