Got Some People Problems? Avoid the Drains

Got Some People Problems? Avoid the Drains 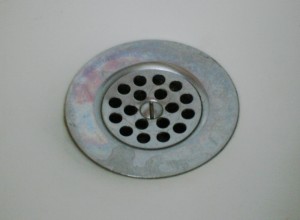 Some years ago I went to a seminar about relationships. The speaker’s mantra was, “Avoid the drains.”

The interesting thing is that there are different kinds of drains. One kind is the whiner drain. This person does nothing but complain. They complain about their health, about the weather, about other people. They blame others all the time, and their blaming and complaining drains you dry because you feel you must listen to their whining. They’ve spotted you as someone who will give them sympathy. The drains are good at that. They know how to latch on to the sympathetic people and suck them in. The whiner drain makes you realize they have serious problems and they will drain you with their complaining so that eventually you are worried about them all the time.

What to do about the drains? My advice to avoid the drains may sound harsh and unpastoral. What? You a priest and you are telling others not to help those who are clearly in need of help?

Yes, and here’s why: because the drains don’t want to be helped. They are happy being miserable. They really would not know what to do is you solved all their problems for them.

Listen politely and kindly to their problem and then ask, “Well, what are you going to do about that?”

This simple question forces them to take responsibility for the problem. If they come up with a plan of action, roll up your sleeves and volunteer to help them take action.

If they do this they are not really a drain.

If they do not come up with a plan of action you will not have to do anything to avoid them.

Because they will avoid you.