Has the Synod Offered a Pathway to Destruction?

Has the Synod Offered a Pathway to Destruction? 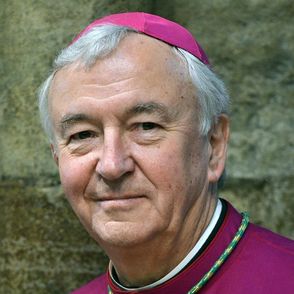 I have not read the final document from the synod on the family in full yet, but there are some conservative grumblings about the ambiguity of a couple of paragraphs.

The document seems to encourage the resolution of second marriage issues with the use of the “internal forum”. This is a situation where the couple, guided by a priest comes to their own decision based on their own conscience on whether or not to receive communion. This article shows how Cardinal Nichols of London is already taking a liberal interpretation.

The Archbishop of Westminster has defended the freedom of the divorced and remarried to reach a decision in conscience on the Eucharist after following the ‘pathway’ described in the final synod document.

Cardinal Vincent Nichols, who is president of the Bishops’ Conference of England and Wales, said the synod had “quite deliberately set aside the question of admission to the Eucharist, because that had become a yes-no issue. And the very nature of this is that it’s not as simple as yes-no.”

“It’s a pathway,” he added. “And it is not for me or for the priest who is doing the accompaniment to pre-empt or foreclose that pathway.”

All this talk about “accompaniment” and “discernment” and a “pathway” is all well and good, but why do some of the synod fathers pretend that the pathway is difficult to discern?

Nichols says about the pathway

You don’t where it goes. I know people who have done this and have come to the conclusion themselves — to their mature conscience decision — that they should not receive the Eucharist, because they want to give a witness to the stability of marriage. But it’s their decision. That is not pre-judged or pre-empted. If anyone wants to walk this way, come, and we will walk with you…

…I think this synod will prove to be a very important moment, when definitively the Church has said: our response to all sorts of difficult situations is not, as the Pope said [on Saturday night], simply to repeat doctrine, but to pick up a pathway of accompaniment, with discernment and listening, and trying our best to walk with people on paths that have become smoother and that lead to living water.

It’s fine to “accompany someone on the pathway” but to deny them the clear teaching of the church on their situation is a weak and pastoral abuse. It’s like saying to a person who is lost in the desert, “I have a map and I know the way to the oasis, but I’m not going to give you the map or show you the way. I’ll just walk along with you as you discover it yourself.”

If this is what is being recommended it reminds me of those kind of “non directional” counsellors who just sit and listen to you and nod and say, “Uh huh” every now and again. They do not give direction because they do not think there is an objective right answer. Instead the right answer is the answer you come up with. Continue Reading