The Vicar on Lady Bishops

The Vicar on Lady Bishops 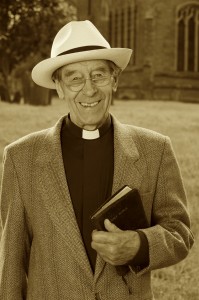 Guest blogger, The Rev’d Humphrey Blytherington is former Vicar of St Hilda’s, Little Snoring with All Saints, Great Snoring. He is a graduate of Plymouth University. He completed his studies for the ministry at Latimer Hall, Durham. He is married to Daphne and enjoys home brewing, model railroading and was, until retirement, an avid member of the Great Snoring Morris Dancers. He is now honorary assistant priest in the parish of Dagwood Bumstead in the Gloucester Diocese.

I must say, I was very gratified to receive such a warm welcome at Evensong last Sunday, and what a delightful village pub you have here in Dagwood Bumstead! In my former parish the local was the Goose and Garter, and what a jolly time I used to have there quaffing the occasional half pint of lager shandy with the lads!

I must admit, its one of the things I missed most during our time in France. Daphne and I were all set up to enjoy our cottage in Normandy, but when I went down to the local auberge, of course they were all chattering away in French. My schoolboy Franglais was not much appreciated I can tell you. So it was rather lonely out there, and when Daphne’s health took a turn we started to think better of it. Found the French hospitals a bit too much like sick bay at school….all suppositories, a skimpy breakfast and sleeping with the windows open.

We were very lucky to be given Cranmer Cottage to live in. They tell me it was the former coach house next to the old Vicarage. How things have changed! In the old days Daphne and I would have been in the Vicarage, not the coach house. Never mind. Our Lord was born in a stable, so I suppose it’s not too bad to end up where we are. Mustn’t complain. As it happens the Archdeacon is an old college friend of mine, and when Daphne’s ticker started to act up he suggested we move back here.

Mrs Vicar seems to be recovering, the village is just my cup of tea, and I’m delighted to take on a few duties at St Oswald’s.

What do I think of the new Bishop of Gloucester? He’s quite a good chap I suppose, very up to date as he seems to be one of those fellas who wants to come across as a woman. Calls himself “Rachel”. Wears necklaces and other sorts of jewelry, but I can’t see why that’s necessarily a bad thing. I remember Bishop Brackett used to be quite fond of his silver pectoral cross and his episcopal ring. A bit of ornamentation is all well and good as far as I’m concerned.

I reckon his dressing up and calling himself “Rachel” is pretty good for attracting the young. They all seem quite intrigued by the idea that you can be a fella one day and a girl the next. As far as men dressing up as the ladies, in boarding school it was quite the done thing. School play would come along and one of the younger boys would always be chosen to play the girl parts. “Hark, Hark, fair Rosamund!” You know the sort of thing.

I can get my head around a chap wanting to dress up as a woman now and again. That’s understandable. We’ve always had those sorts in the Church of England. Anglo Catholics were often quite fond of that sort of thing…collecting china teacups, being a bit overly concerned about wallpaper and going to Italy for their hols. If they liked to dress up a bit we just wrote it off as their particular form of churchmanship.

What’s that you say? The Bishop of Gloucester is a woman? Well, knock me down with a feather! Are you quite sure? I mean to say she doesn’t look much like a woman. I thought she was a chap dressing up. But then with the long robes is often difficult to say one way or the other.

You say they changed the rules while we were away?  Are you pulling my leg? Do you mean to say my new Bishop really is a lady? Not too sure what to do about that, I mean how does one address her at confirmation, “Most Reverend Father in God I present to you…” I suppose we’ll have to say, “Most Reverend Mother…” but that’s what they call an abbess isn’t it?

Well, never mind. I suppose one has to keep up with the times. Can’t see that it make so much difference. When they were having a to-do about this before we beetled off to France, Daphne use do say it didn’t matter one bit if the Church of England had women bishops as she reckoned the whole thing had been run by a lot of old women for some time.

Why thank you Gerald. Mine’s a Scotch. Would you mind terribly making it a double?

Very kind, and it’s been grand to meet all of you.

Do they have a games night here at the Staggering Sailor? Tuesday evenings? I might just toddle along and join you. That’s Daphne’s evening at the RC Church and I could get outside a Shepherd’s Pie and a pint.

The Vicar on the New Bishop of London

The Vicar on Anglican Transgenderism

Caitlin O’Rourke and the Infant of Prague The Vicar on Mrs Thatcher