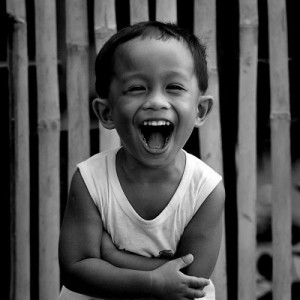 Earlier in the week I write a light hearted post saying that one of the most wearying things about atheism was simply how mind crushingly boring it is.

I was tickled therefore, when an atheist blogger wrote a post about it, and of course, what was so funny was how serious his post was. Then when I read his comments I laughed out loud at how angry, self righteous and serious they all took themselves.

It’s easy to blame atheists for being boringly self righteous, but of course they’re not the only ones.

We religious people can be dead boring too, and by “dead boring” I mean dead and boring.

Whether atheist or Anglican, Methodist or Mohammedan or Mormon, Agnostic or Amish, Hindu or Holiness Church of God–what makes a person boring is when they take themselves seriously, and the person who takes themselves most seriously is the self righteously religious person, an lest any atheists think they can escape the judgement, devout atheists are just as self righteous, judgmental and dead boring as the worst of the religious folks.

This is why humor is that antidote and it is no mistake that “humor” and “humility” are from the same root word “humus” which means “earth”. Humble, humorous humans are down to earth.

This is one of the distinctive marks of a true religion: it’s followers are joyful. They know how to laugh.

They take God seriously, but they do not take themselves seriously.

They laugh at the human foibles and frailties in their religion. They laugh at the inconsistency, hypocrisy, pride and stubbornness of religious people. They laugh and rejoice at the odd customs and strange traditions. They laugh with wonder at the unexpected and supernatural elements of their faith.

Most of all they laugh at themselves. Continue Reading