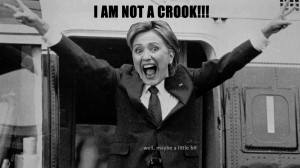 Geesh! the Bill and Hillary Corruption show opens with another show stopper.

Putin and Uranium One

This woman is genuinely past her sell by date.

She and her nauseating, slimy husband need to slink on back to Arkansas and retire on their millions of ill gotten gains.