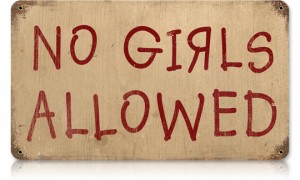 Here’s how: The logic isn’t too difficult:

2. Feminists push the abortion agenda especially in the developing world

3. When abortion is permitted in major parts of the developing world they choose gender selective abortion

5. Check out the statistics for gender selective abortion in India and China. Go here.

6. Check out the increase of gender selective abortion in the developing world. Go here and here

Finally: Remember that Hillary  Clinton favors universal access to abortion and would use all the power of the presidency to promote it worldwide.

If you have any doubt see this recent speech. Go to 8:26.

Consequently the pro-woman, feminist Hillary Clinton will be promoting and providing for increased elimination of young females.