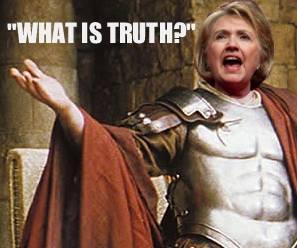 What I find amazing is that Hillary Clinton is able to acknowledge openly that she has not only used her personal server for State Department business (thus circumventing all record keeping) but that in the face of requests for the emails necessary for Trey Gowdy’s Benghazi investigation she admits that she deleted them.

The nation was in a proper uproar and the man resigned the presidency.

But Hillary gets a pass?