Of the Resurrection of the Body, Cannibals, Crocodiles and Corpses

Of the Resurrection of the Body, Cannibals, Crocodiles and Corpses 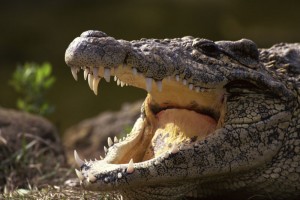 But what does that mean?

Here’s an excerpt from my book The Quest for the Creed which ponders the question.

Any school child that thinks about the resurrection of the body soon starts asking delightfully gruesome questions. After all, if they’ve ever seen a cat hit by a car, then been to a funeral and seen Uncle Mitch in the casket, and watched the coffin being lowered into the ground they have a pretty good idea what happens. It doesn’t take long to figure out that dead bodies decay and that Uncle Mitch, who sat them on his knee for a story and gave them huge bowls of ice cream now lies very still in a box going all gooey like the cat by the roadside.

Therefore the difficulty of believing in the resurrection of the body soon hits home. To put it bluntly, how can the body be resurrected if worms have eaten it and turned it back into topsoil? The questions continue. What about Aunty Hazel who loved doing crosswords and amateur dramatics? She was cremated and her ashes can be seen in an urn on Uncle Bert’s mantelpiece. Will those ashes be magically put back together again into an all singing, all dancing, puzzle solving Aunty Hazel? Or what about people who were blown to bits by a bomb or were eaten by sharks or crocodiles or lions and tigers and bears; Oh my!

We don’t want to insult God’s accounting practices. We know he keeps track of every hair on our head, and know when every sparrow falls, but is he really going to keep track of every molecule of Grandpa and Aunty Hazel and the missionaries who were eaten by cannibals? Will he track them all down and summon them all up to be put back together again like some vast cosmic jigsaw puzzle?

The question is a good one, and ought to interest everyone because we all have a morbid curiosity about the gruesome details. That’s why we slow down at road accidents. There are really only three ways around it. First, faced with the poetic foolishness of such an idea we may simply opt for the atheist’s solution and say there is no such thing as life after death. This would put us in a minuscule minority when faced with the huge number of human beings who do believe in life after death, but nevertheless, the atheist solution, although it takes great faith and courage to adhere to, is one solution.

The second solution is that there is no such thing as the resurrection of the body, and instead we continue to exist in a merely spiritual state. But when you stop to imagine such a state it is impossible to do so. At least, it is impossible to do so while still retaining any sense in which a particular person continues to exist as the same particular person. As soon as we start imagining Aunty Hazel existing on the other side, but without a body, she ceases to be Aunty Hazel and becomes an ectoplasm or an amoeba—just an amorphous something. We might try to imagine Aunty Hazel as just her personality or spirit, but as soon as we do, her smiling face appears, and we remember her belting out “There’s no business like show business.” In other words, Aunty Hazel can’t exist as just personality or spirit because Aunty Hazel was always more than just a personality. She was a person. So if we believe in life after death, but not the resurrection of the body, then we can’t say a particular person continues to exist as that particular person. That’s why some religions say that in the after life we get rid of bodies altogether and are simply absorbed back into the cosmic Spirit.

The third option, is that we continue to exist as the people we are here and now, and to do that we have to have bodies of some sort. We have to have bodies to be who we are, because from day one who we are has always included a body. Therefore, if we say we believe in life after death, then somehow or other, no matter how ridiculous it seems, we also have to believe in the resurrection body.

But maybe when we considered the problem of corpses that had turned to dust and ashes or been eaten by crocodiles and cannibals we were taking the physical solidity of our bodies a bit too seriously. This is easy to do because we are used to thinking of our bodies of this “too too solid flesh.” We imagine that this hairy, smelly, frustrating and funny body which we occupy right here and right now is the one we have always had, and that it is really quite a permanent fixture of the universe. But of course it isn’t. Not only will it turn to dust and ashes one day, but the body we have now isn’t the same one we’ve always had. In fact, every seven years or so, all the cells of our body are renewed, so in a very real sense, the body I have now is a completely different body than the one I had seven years ago. By looking at old photographs I can see that the body I have now has grown from that other one, but it is clearly a different body. Furthermore, the body I have today is a different one from the one I had yesterday. It hasn’t changed totally since yesterday, but it has changed a bit. Therefore, what we think of as a solid and permanent body is, in fact, quite a changeable thing. We are all shapeshifters. Our bodies are far more fluid and temporary than we think, and we mustn’t be mislead simply because the shapeshifting takes place over a relatively long period of time. Continue Reading