Holden Caulfield and the Risk of Education

Holden Caulfield and the Risk of Education 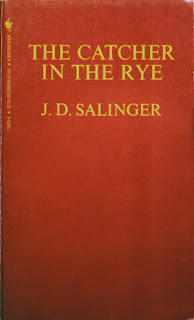 This week’s passing of J.D.Salinger brings back high school memories of a first reading of The Catcher in the Rye. This was in the early 1970’s and I remember my English teacher telling us not to tell our parents we were reading this book. Pretty risky and risque stuff and we felt daring and dangerous. With it’s inner city encounters and rebellious attitude it’s still a dangerous and daring book, but while it has become a kind of rite of passage for many high schoolers, I wonder if the book doesn’t really provide more of a lesson for adults than teenagers.

Holden’s problem is that he can’t learn how to live in the adult world with it’s implicit compromise, hypocrisy, cant and corruption. His ideals are being challenged. His peers seem to capitulate to the adult world without a struggle and everyone he trusts lets him down except his little sister.

If only Holden had grown up in a home or gone to a school where people understood that the adolescent isn’t a malformed adult, but a child who is facing the terror of adult life with the only armory he has: questions. The adolescent is, above all, one who has questions; important questions; vital questions; absolutely essential questions, and any family or educational system that quenches the questions rather than enabling them and empowering the questioner will either produce adolescents in rebellion or adolescents who have learned that a facade of polite conformity is all that is required in order to succeed.

Founder of Communion and Liberation, Monsignor Giussani taught that, when faced with the religious questions, the teenager responds one of three ways: rebellion, polite conformity or open and honest questioning. Too often adolescent catechesis and education has been content with polite conformity, and if rebellion was the response the child was either forced into sullen conformity or rejected. The educator or parent who realizes that questioning is not only good but vital, will face the risk of education with a new creativity and zeal which will inspire and empower the adolescent to set out on the quest for truth and authenticity himself. Such direction of the adolescent instinct produces young adults who are able and willing to engage with truth as they find it. Their instinct to distrust adults is merely their natural urge to find out for themselves, and the wise parent or educator will understand this and compel the student to trust the authority not as the arbitrary dictator of all truth but the wise guide and mentor as the child sets out to discover the truth.

This is most important for an enlightened Catholic education. Tough questions are especially dangerous in the realm of religion, and yet this is the very realm where the questions are most vital and most important. Too often Catholic catechists have suppressed the questions or been unable to answer them. The adolescent must be able to question his religion or he will never make it his own. Catholic education must view the adolescent instinct to question as positive and good and enable the questioning to proceed with proper direction and formation.

Holden Caulfield’s teenaged angst, despair and eventual collapse is simply the witness to failed parenting, failed education and ultimately a failed faith. With a different philosophy of education Holden’s intelligence and sensitivity would have been captured and channelled rather than wasted.