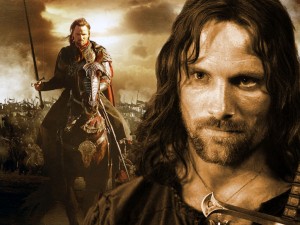 My article this week at Imaginative Conservative explains how fantasy films stifle the imagination and therefore kill the golden gooses of fantasy.

With their special effects and computer generated wizardry, the film maker magicians can now do anything. It is possible to whizz through the wardrobe with Lucy, fall down the rabbit hole with Alice, launch into space with Luke Skywalker, and hop into Hobbiton with Frodo and his friends. No alternative world is out-of-bounds. No fantasy realm is out of reach, and while we love to visit other realms, once a fantasy world is realized in film, there is no fantasy.

The appetite for fairy tales, science fiction, fantasy films and extraordinary stories has never been greater, and it is arguable that the glut of fantasy films of all kinds has fueled the production of more fantasy literature. While much that is produced is disposable rubbish, much else is clever, imaginative, profound, and astonishing in its beauty. Movies have helped make children’s fantasy literature more popular than ever, and children, the proponents argue, really do curl up with a good book as a result of watching the movie.