How is the Devil at Work in the World?

How is the Devil at Work in the World? 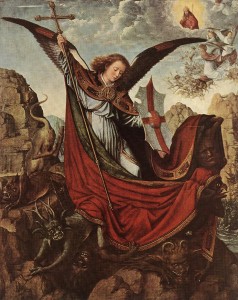 There are several reasons why there is an extraordinary interest in demon possession and exorcism.

The phenomenon is dramatic and horrible and there will always be a fascination with the dark side of reality. However, I believe there is also a vital interest in possession and exorcism because it is one of the few areas of life where the evidence of the supernatural and the real power of Jesus Christ working through the Catholic faith is evident.

Anyone who has witnessed an exorcism is convinced forever of certain truths. Firstly, that Satan is real and the phenomenon of possession is real. After we make allowances for every type of mental illness and assign cases to relational illnesses, addiction problems and spiritual illness there still arise situations in which the only rational solution is that an alien entity has taken over the body, mind and spirit of a person.

This is not only true, it is a phenomenon that is known throughout history and in virtually every culture and religion.

Anyone who has witnessed an exorcism is also convinced of the power of Christ in his church.

If Satan is real in these circumstances, then we must conclude that he is real in the other, less dramatic manifestations in the world.

It is these less dramatic manifestations that interest me more than diabolical possession.

Pope Francis affirms that Satan is alive and active in the world today, but he sees the work of the devil in the systems of the world which are opposed to Christ and his church.

The Pope’s regular reference to Bensons novel The Lord of the World reveals that Pope Francis’ mindset is one of Christ and his church set up in opposition to the the intricate ways of the world. He sees the spirit of antiChrist always at war with Christ and his Church.

It is this larger scenario which Jesus confronts immediately when he sets out to battle Satan in the wilderness. The world belongs to Satan and Jesus Christ has come to reclaim it.

Therefore right from the beginning the stage is set for this cosmic battle, and the baptized are commissioned to join in the army of light against the forces of darkness.

Satan’s grip on the world is insinuated into every nook and corner. His ways of greed, violence and ambition and his lies of self righteousness and blame are woven like a dark shadow through every aspect of human society from individual lives through institutional structures and international politics, finance and the whole military-industrial complex.

The problem is, many American Catholics are blind to the battle and blind to the ways in which the enemy has infiltrated and dominated our culture.

This is why I have written Slubgrip Instructs. In this new book for Lent the demon Slubgrip is teaching Popular Culture 101 in Bowelbages University. I’ve set the book in an infernal college so that readers might learn by listening in on the diabolical plans to undermine popular culture through greed, lust, ambition, power and a whole range of false philosophies and hedonistic perspectives.

Satan is not simply going around taking over the bodies of people who are foolish enough to invite him in. More importantly he is constantly at work lying and setting up complicated networks of lies, subterfuges, temptations and tricks. Even though he has been defeated he still struggles to control this world and to dominate through the secular system of lies and false philosophies.

The first step for the Christian disciple is to open his eyes and see that the materialistic, comfortable complacent life he is leading is dominated by Satan. His basic presupposition that his life is about building, feathering and defending his nest must be challenged. His unquestioning acceptance that life is all about acquiring more stuff, more success and more comfort must be overturned. His idea that his Catholic faith is all about solving his problems and giving him heaven on earth must be challenged. All of those presuppositions and assumptions which so many of us accept blindly and without question must be stripped bare.

So the first step for the follower of Christ the King must be to become  aware of the system of lies and be prepared to acknowledge that the world’s ways are woven into every aspect of life. For the spiritual person the world is a minefield that must be tiptoed through very carefully.

This is why sound reading and teaching is important. Solid books to nurture one’s spiritual life, grow in theological understanding and a deeper appreciation of Christ’s church and the power of the sacraments are vital.

Lent is the time when we focus on this reality. It should be a time for additional prayer, study and work. In the Benedictine tradition these three are braided together into a life that is sober and joyful at the same time. This is a life that is fully Catholic, in which the follower of Christ joins in the battle for the heart of the world as a cheerful warrior–a knight in bright arm0r determined to be aware of the devil’s plans and to counter them with a life well lived.