How to Stem America’s Gun Violence

How to Stem America’s Gun Violence 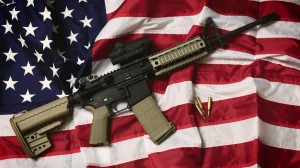 I’m not a gun owner and the Amish in me makes me tend toward pacifism and non-violence in all cases.

However, the lack of common sense on both sides of America’s gun debate is astounding.

Conservatives who abhor any kind of gun control have their heads in the sand. A civilized society does need some common sense gun control.

The problem of America’s gun violence lies within the human heart and human society. Guns are simply tools we use to act out the sickness and violence in our hearts.

To stop the gun violence therefore we need moderate gun control, but most of all we need solutions that go to the root of the problem.

Where does the violence in our hearts originate? Here are ten things that can be done to address the root problems that result in gun violence.

1. Support the Family – A person resorts to violence because violence and hatred has taken over his heart and mind. Violence and hatred is rooted in fear and fear grows from a lack of love, confidence and personal acceptance. The primary source for personal love, confidence and acceptance is within a loving, stable home environment. When a young man or woman does not have a foundation in confident, caring and objective love they have fear instead of love at the foundation of their personality. That fear grows into anger, rage and hatred. This excellent article chronicles the correlation between fatherless families and young male killers. You want to make America less violent? Strengthen the family.

2. Control Drugs Not Guns – Most of the gun violence includes drugs–either wars over street drugs  or the shooter himself being zombied out on mind control drugs. Americans take a pill for all their problems. We’re all drugged up to our eyeballs. We’re an addict nation. Address the drug dependency. It only masks the deeper problems, and often simply makes them worse because the drugs suppress the rage and unhappiness in the human heart

3. Treat Mental Illness with Compassionate Firmness – Mentally ill people are too often prescribed drugs and “care in the community”. This is not for their benefit, but because institutional care is expensive. So we put vulnerable, mentally ill people out in the community without proper supervision. We drug them and expect everything to be ok. It’s not ok. They get guns. They get crazy ideas and it all ends in bloodshed.

4. Build Positive Community – Much gun violence is perpetrated by inadequate loners. In the past the extended family and integrated community would harbor and help such people. In our anonymous, mobile and individualistic society they live alone and act out of their lonely fantasies, conspiracy theories and mental illness. Stronger communities might just welcome such people and integrate them with confidence. Other gun violence erupts from gang warfare. Gangs are dark communities. They grow up in the absence of positive and good communities and families.

5. Address Social Poverty and Exclusion – No one’s making excuses for violent crime, but a sub class of people does exist in America. The poor in America often feel no sense of opportunity, no sense that “hard work and good ideas” will help them get ahead. Instead they fall into a hopeless spiral which too often leads to crime, drugs and the violence that goes with it. Programs to help them get on their feet won’t solve all the problem, but with other factors can help address some of the contributing causes of despair, rage and violence.

6. Teach Moral Responsibility and Personal Virtue – If a young person is surrounded by lying, thieving, greedy, lustful and decadent people he will become like them. If his education takes place in a moral and spiritual vacuum where there are no moral absolutes and moral relativism is the only rule, then why are we surprised when they grow up with no real sense of right and wrong, no real sense of personal responsibility, no real sense that  personal virtue is important? If they are not taught what virtue is how are they supposed to know what to do? Instead if they grow up in an environment where the strong win and the powerful get it all, no wonder they resort to the law of the jungle.