I Scream Therefore I Am

I Scream Therefore I Am 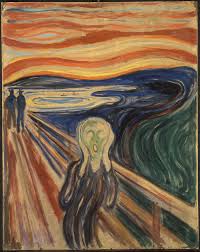 Pleasure anesthetizes the soul, but pain is the pinch that wakes us up. What makes us face the largest and most dangerous questions of life? Sometimes pleasure, but more often pain. Someone is diagnosed with cancer or we cling to the precipice of life after an accident or a car knocks down our child. Then in the terror and tremendous pain we know beyond a shadow of a doubt that we exist. There in the screaming darkness we understand that we are alive even if we wish we were dead.