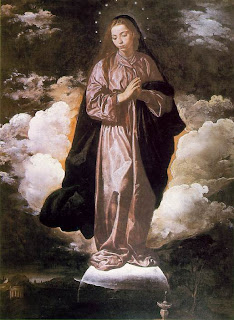 Good question. May I humbly recommend my book Mary: A Catholic-Evangelical Debate? Even for those who are not Evangelicals, the Catholic arguments are put best I can.

Once this necessity is seen it then remains to ask, “If this is so, how was she preserved from original sin, and when did this state of perfection begin?” The church has answered this by explaining that she was preserved from the stain of original sin by a special act of grace (merited by her Son’s redemptive death). When did this begin? It must have begun when her life began. When did her life begin? At conception.