Is It Time to Head for the Hills?

Is It Time to Head for the Hills? 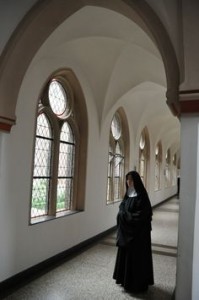 My latest article for CRUX explores the “Benedict Option”

Is it time to head for the hills? That’s what St Benedict did. By the end of the fifth century the great Roman Empire had completely collapsed. The center of government had moved to Constantinople. The Vandals and Goths had sacked Rome, and the church and people had drifted into decadence and despair.

As a young man Benedict went to study in Rome, but soon gave up and retreated to Subiaco to live as a hermit.

Conservative writer Rod Dreher thinks it is time for American Christians to consider what he calls the “Benedict Option”. He contends that Christians have lost the culture wars, predicts that persecution of Christians is right around the corner, and recommends heading for the hills.

Dreher has a wetted finger in the air, and he doesn’t like the way the wind is blowing.

To take the Benedict option does not require a physical retreat. It can simply be a change of mind, a change of heart and a change of priorities.

To sum it up in the words of St Benedict himself it is to adopt a way of life, and attitude and a witness which “prefers nothing to the love of Christ.”