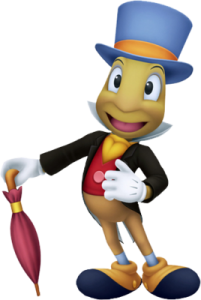 The other day I had a conversation with an intelligent, well educated young woman who was questioning the Catholic Church’s moral teaching.

She said about the church’s teaching on same sex attraction, “But I don’t know if I really accept that.”

Now, I don’t really object to a person who rejects the teaching of the Church if they do so honestly and with integrity. If someone says, “I think the church’s teaching on artificial contraception is stupid. I’m not going to do that.” There is a certain honest rebellion and rejection. They simply don’t like the teaching and refuse to obey it.

However, I think  this particular woman was saying something different. She was suggesting that because she didn’t accept a certain teaching it wasn’t true or applicable.

This is very disturbing because it indicates the depth to which relativist thinking has penetrated into our society. It suggests that increasingly people think what is  true is what they believe to be true. In other words, believing something makes it so.

Another conversation cropped up online. A guy suggested that when he dies he would like the chance to visit heaven and hell and make up his mind at that point which he would prefer. Then he said maybe re incarnation was a more attractive choice.

In both cases there is evidence of what psychiatrists call “magical thinking”. This is a form of insanity in which the patient really believes that what he wishes will take place in the real world. This magical thinking was put forward as completely normal by two ordinary suburban, middle class people.

The irony of this is that religious people are often charged with magical thinking, and indeed very often religious people are guilty of it. So, for example, snake handlers think if they get “the anointing” they will be so filled with the Holy Spirit that the rattlesnake won’t bite them, and if it does they will not be affected by the venom.

Of course its easy enough, if you are a religious person, to fall into the trap of magical thinking, but we’re supposed to avoid this trap. Christianity is not based on superstition, but on historical events and evidence.

We don’t believe something is true just because we wish it to be true.

The conversations with these two individuals, on the other hand, indicate just how widespread magical thinking is in our society. Are you unhappy with your gender? Wish it to be different and hey presto! It is different. Unhappy with the political outcome? Wish it away.

The other interesting aspect of the man’s email to me is that his magical thinking seemed link to his consumer mentality. “I’ll have it my way” was more than a hamburger joint’s slogan. The implication was that he was shopping around for the most congenial view of the afterlife, and after comparing prices and services offered he would make his choice.

I guess that follows.

If there is no such thing as truth you make up your own truth and how do you do that?