Lent, Fasting and the Purpose of Prayer

Lent, Fasting and the Purpose of Prayer 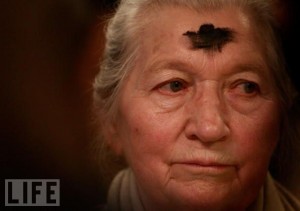 My latest article for National Catholic Register explains why we fast and how our prayer connects with the will of God. It is posted today here.

In the fourth century, Anthony of the Desert and his fellow hermits retreated into the wilderness to live in caves. They practiced vegetarianism, extreme fasting and mortification of the flesh. In Syria, the desert monks were even more extreme. St. Simeon Stylites first imprisoned himself in a tiny space, locked himself in a hut where he fasted for a year, remained standing for extended periods of time and finally took residence on a platform atop a pillar in the desert near Aleppo, where he lived for 37 years.

Is that what Christians are called to? Must we punish our bodies so that our souls will be saved? Not really. The desert monks of the fourth century were driven by a harsh negativity. In the next century, St. Benedict would draw back from the extreme asceticism of the Desert Fathers and stipulate that nothing in the monastic rule should be harsh or burdensome. The reason for Benedict’s gentler approach is not because he was a monastic sissy, but because he had a greater understanding of the relationship between the body and spirit than the first monks.

Hilaire Belloc famously said, “Every argument is a theological argument.” It is no coincidence that the heresy of Manicheanism was at its height in the fourth century in the Eastern part of the Roman Empire. Mani was a Persian prophet active in the third century. His teachings combined elements of Buddhism, Zoroastrianism and Jewish apocalyptic writings with the new religion of Christianity. The hallmark of Manicheanism is dualism — the belief that there are two equal forces of good and evil: The evil force is tied in with the physical world, while the good force is purely spiritual.

With a heresy like that going around, no wonder the Desert Fathers in Egypt and the Stylites in Syria thought they had to mortify the flesh in order to rise up into an angelic state of pure spirituality.