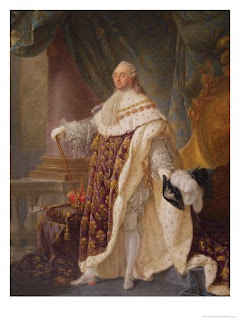 Louis XVI of France
What caused bloody revolutions in France and Russia? One of the causes was the colossally grotesque wealth, extravagence and greed of the super wealthy while the poor suffered and starved. It’s easy. Eventually the poor people have enough. They rise up and murder the rich and take their wealth.
The super rich in our own culture are the Louis’ and Nicholas’ of our day. The plutocrats who earned millions and then grabbed at bonuses worth billions are criminals, and when their cronies in government bail them out while unemployment and homelessness tumbles down on millions of hard working people, and the same bankers and insurance men continue to take expensive holidays and bonuses out of the government bail outs something will eventually break and heads will roll.
Brace yourselves.
PatheosDwight2009-02-24T08:52:00-04:00February 24th, 2009|Categories: Patheos|19 Comments