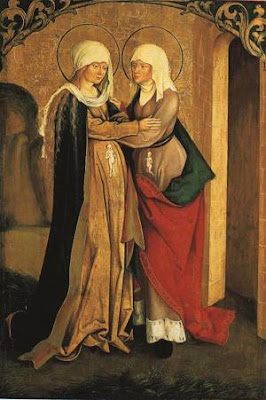 Having returned to the United States after a twenty five year sojourn in what I call
“the damp lands” of Her Majesty’s United Kingdom I have come to love and hate both countries more than ever.

I will leave the UK for another day, but what I love about America is her upbeat, optimistic, ‘can-do’ mentality. We jump out of bed in the morning ready to march into battle, beat another enemy, cure another disease, make another million dollars or squander another million dollars in some great venture. We can do anything. If there’s a problem we can fix it. If it’s too hot we’ll make it cold. If it’s too cold we’ll make it hot. We can do anything and we know it. Furthermore, we’re not really proud and arrogant about it. We’re cheerful. We’re practical. We’re the ordinary guy next door. We can drink a beer and sit on the porch and be successful and happy without being big headed. We succeed. It’s what we do.

I call this the “American Alpha Achievement Culture”.  However, like all things, there is a down side. We are so fond of success that we often can’t deal with failure. We’re so keen on winning that it turns into beating the other guy. We’re so pumped by success that we measure it with superficial plastic trophies–plastic siding on our trophy houses in the suburbs, plastic surgery on our trophy wives, plastic ornaments surrounding our trophy desks in our big trophy offices. We surround ourselves with similarly successful people and quietly cut those who don’t cut it. It is a neat and tidy, climate controlled, hair combed, teeth straightened, “Yessirree we are wonderful!” jungle where only the fit survive and thrive.

In a word, we are magnificent. We are the best–and I’m always amazed at the ability of many of my fellow Americans to simply ignore or remain blind to all their fellow brothers and sisters who are, let us say, not quite so magnificent. Too often I hear the opinion among wealthy middle class Christians that the poor only have themselves to blame. “If they had worked harder at school or worked harder to get a job they wouldn’t need welfare and special health coverage…” or “Why should we pay for them? This is America! The land of opportunity! Let them get a job!” Perhaps they’re right. But then perhaps they’re wrong.

Perhaps its more complicated than that, and perhaps its more simple than that. Maybe just maybe it wasn’t all about being popular and prosperous and pretty and powerful. Maybe we got the whole thing wrong–focussed on the wrong target and then so what if we hit it?

We want to be rich, but the gospel message reminds us over and over again that it is difficult for the rich to get into heaven. Yet, still we Christians work like everybody else to get just as rich as we can. “That bit of the gospel doesn’t apply to me!! I can handle it.” We hear about the rich man in hell and the poor man in heaven and explain it away. We hear about the final judgment when the poor, the prisoners, the sick and the naked and hungry are equated with Christ and we say with the damned, “But when did we see you naked and hungry and in prison Lord??”

Then at this Christmas season when we focus on the Blessed Virgin and her littleness, and her humility, and her courage and her being fully graced we must listen to the words of the Magnificat and let it question our imaginations of magnificence. Virtually every line is a rebuke to the magnificence of man, and an exaltation of lowliness, poverty, weakness and therefore total dependence on God.

Here it is. Read it again.  Slowly. Lectio Divina if you please…

My soul proclaims the greatness of the Lord,
my spirit rejoices in God my Savior
for he has looked with favor on his lowly servant.

From this day all generations will call me blessed:
the Almighty has done great things for me,
and holy is his Name.

He has mercy on those who fear him
in every generation.

He has shown the strength of his arm,
he has scattered the proud in their conceit.

He has cast down the mighty from their thrones,
and has lifted up the lowly.

He has filled the hungry with good things,
and the rich he has sent away empty.

He has come to the help of his servant Israel
for he has remembered his promise of mercy,
the promise he made to our fathers,
to Abraham and his children for ever.
This is the heart of the gospel. If you understand it with your heart you will be prepared for the tenderness of the upcoming celebration of the Nativity of our Lord.