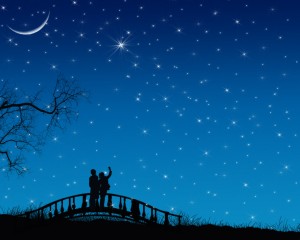 When You Wish Upon a Star…

Some time ago I was speaking to someone about religion and happened to mention the possibility of going to hell.

“Oh, I don’t believe in hell!” said this person.

The implication was that because she didn’t believe in hell there was no such place. I’ve had the same thing with Protestant Christians who say quite firmly, “I don’t believe in Purgatory!”

Has anyone else scratched their head and stroked their beard over this peculiarity?

It would seem that these people truly believe that heaven or hell or purgatory only exist if you believe they exist. How odd is that? Would they do the same about anything else in life? What if they thought the world was flat?

This is the kind of mental sickness we see when a person has an eating disorder. The poor soul is skeletal, but they really do believe they are too fat. Please don’t get me wrong. I’m not mocking such people. I’ve known some and they themselves admit that they do not have a grasp on reality. One part of them accepts that they are dangerously thin. Another part of them does not believe what is clearly true.

So it is with people who have the strange idea that a thing is only true if they believe it or a thing is not true simply because they don’t believe it.

It’s all rather convenient isn’t it? This is why I call this type of blindness “Make A Wish Religion”.

The oddest thing of all is when atheists dismiss religious belief as wishful thinking.

“You Christians believe in heaven which is pie in the sky when I die. Then the great Sugar Daddy in the sky will give you happiness for ever. What a load of naive, childish wishful thinking!!”

To stand this on its head, it seems to me that NOT believing in hell is the most outrageous example of wishful thinking.

All that to say this: when Padre Pio was asked what he thought of modern people who didn’t believe in hell he simply replied, “They will believe in hell when they get there.”