Matt Lauer and the Boundaries of Marriage

Matt Lauer and the Boundaries of Marriage 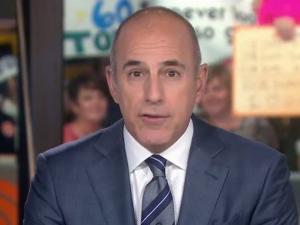 NBC broadcaster Matt Lauer is the latest celebrity to come unstuck by the New Puritanism. His downfall should make everyone ask a few more probing questions.

One of the is on the nature of consensual sexual relations. The generally accepted idea is that as long as two adults consent anything goes.

But one of the victims of Matt Lauer said her sexual hookup with Lauer was consensual, but because he was in such a powerful position she felt obliged to consent.

Whoops! What exactly does consent mean?

Then they say that consent is between two adults. But what is an adult and who behaves in a mature manner? I know plenty of people who are chronologically adult but emotionally immature. What exactly is “adult consent”? Is a twenty one year old girl who is homeless who hooks up and marries a wealthy older man giving adult consent? She is chronologically an adult, but is she emotionally an adult? Did she really give consent or was she pressured by her social and economic status to consent.

You see where I’m going with this.

The whole concept of “adult” and “consent” is totally relative. Who can say what consent really is or what “adult” really is?

Therefore may I suggest something really quite radical. It is something that society has used from time immemorial to determine whether sexual activity was licit or not.

It is called “marriage”. Sexual intercourse is permissible between one man and one woman who are married for life.

All other sexual relationships are illicit and should be condemned.

I predict that the current rash of sexual scandals is going to move us in a more conservative direction and more and more people are going to start saying, “You know, really, the only safe and secure place for a woman sexually is within marriage. There a man and woman can promise to be faithful to one another as long as their lives shall last, and any sexual activity outside of those boundaries will be condemned by society.

Now wouldn’t that be something?

Learn about my new book which proves the historical background of the gospel story of the Three Wise Men…Go here.