More on Hell and Judgement

More on Hell and Judgement 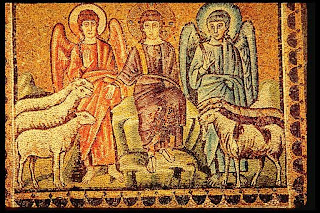 A comment on my last post questions my words, “Indeed, I wonder if it is really up to God as well. Yes, being the all powerful one, and the Almighty judge, he is the one who consigns souls to hell, but it is also true that we choose Hell.‘ The reader is concerned that I’ve taken things out of God’s hands too much, and am too close to a God who is uninvolved in our world. He asks me to explain further.

The analogy of an earthly judge will do. An earthly judge is the authority that sends a criminal to jail, but who really sent that person to jail? Who really made the decision that put the person behind bars? The criminal did when he chose to break the law. Sure, the judge sends him there. That’s his job; but the criminal is the one who made the really crucial choice. The judge simply confirmed his choice by making sure it received the correct and just response.

Similar with Judge Jesus. The Scriptures tell us he is the fearful judge, but what is he judging? He’s judging our human choices. We’re the ones therefore who choose heaven or hell. He simply sorts through the evidence, the motives and the circumstances like any good judge does, and then confirms our choice with total justice and total mercy combined.

Does this take control from God too much? I don’t think so because I believe in free will. Maybe my view on this is too speculative, but I have always understood free will to be a little smidgen of his omnipotence that God gives each one of us when he creates us in his image. We really can do what we want. We really can choose against God, against good, against beauty, against Wisdom, against Love. God really will not force us to love Him. He will not force us to live in beauty and Truth. He really will not force us into heaven, but if we will not go to heaven, then there is only one other place to go: the place where there is no goodness, no Truth, no beauty,no Love.

Does God really give us a portion of his omnipotence in this thing called Free Will? I believe so because of what we did with his Son Jesus Christ. When God took human form and came to save us I believe things were open ended. We might have repented and accepted him as King and savior and then he would have redeemed us a different way. As it was, we chose to use that omnipotence God gave us and we killed the Lord of Glory.

But what do I know about it? I’m the theological equivalent of a poet-taster, a dilettante, an ecclesiastical jack of all trades and master of none.