My Doubts About Archbishop Romero

My Doubts About Archbishop Romero 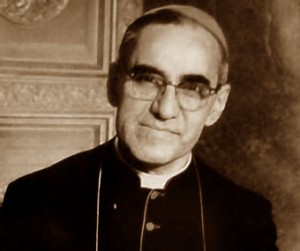 My latest article for CRUX is posted today. It recounts my introduction to El Salvadorean Archbishop and martyr Oscar Romero.

Amid the high emotion aroused by liberation theology, I was one, conservative by nature, who assumed that Oscar Romero was a Marxist. It was difficult to avoid that conclusion once he had become a poster boy for the left-wing cause. Twenty years later, as a Catholic priest, I retained the same doubts about Archbishop Romero. Then I had the opportunity to take teams of American high school students on mission trips to El Salvador.

On my mission trips to El Salvador, I took the students to visit the site of Romero’s martyrdom and visit his modest apartment, transformed into a museum full of his belongings, including his broken eyeglasses, breviary, and bloodstained vestments. My conviction was that Archbishop Romero was not a liberation theologian or Marxist, but a good and faithful pastor who stood up valiantly against violence and corruption. Although the perpetrators of violence in his case were right-wing death squads, he spoke out just as firmly against left-wing violence. He may have been friendly with some who were sympathetic to liberation theology, but he was also closely linked to the conservative movement Opus Dei.

After his martyrdom, Archbishop Romero was hijacked for the leftist cause….