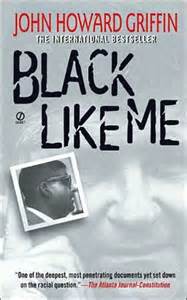 Did you know that the author of Black Like Me the classic book about race relations in America, was a convert to Catholicism?

This article from today’s Daily Telegraph tells the story of John Howard Griffin, a Texan who famously tried to cross the color line in the segregated South.

Griffin was an extraordinary person. His mother was a classical pianist, and he acquired his love of music from her. He went to study in France–studying French literature and medicine. At 19, he worked as a medic in the French Resistance and helped smuggle Austrian Jews to safety and freedom. He then joined the US Army Air Corps and was stationed in the South Pacific.  He spent 1943–44 as the only Caucasian on the Solomon Islands and married an islander. He wrote about his experiences in his novel Nuni (1956) is a semi-autobiographical work that draws heavily on his year “marooned” on the island.

Left blind by a 1946 accident in the army he began to write. He came home to Texas, converted to Catholicism in 1952, became a lay Carmelite and taught piano.   In 1953, he married (with dispensation from the Vatican on account of his first marriage) one of his students, Elizabeth Ann Holland, with whom he had four children. In 1957, he regained his eyesight and became an accomplished photographic artist. Griffin’s experiences with blindness were published in 1962 as Scattered Shadows: A Memoir of Blindness and Vision.

I remember reading Black Like Me in junior high school, but never knew the amazing life of the author. His adventure of getting into another race’s skin was amazing enough, but to think that he led such an adventuresome life is astounding and beneath it all a deep faith and a burning intellect.

Black Like Me is worth another read, and I’m putting Howard in the pantheon of great American Southern Catholic writers..