And All Was For An Apple

And All Was For An Apple 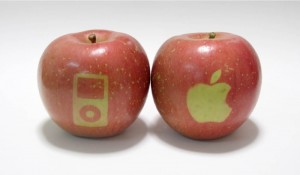 Sometimes my mind makes big jumps, and I think this might be one of the clues to why and how I write.

A case in point was my tooling along in the car the other day listening to some Christmas carols from Kings College Cambridge.

I should say that the carol was on lodged on my iPhone using the Spotify music app. It was being played on my car’s stereo system through a Bluetooth connection to my phone. The stereo system is pretty good and the sound was amazing.

Wow! What kind of technology is this? I’m listening to a child from England singing a medieval carol recorded in one of the finest buildings in Christendom while I am driving on an American interstate in 2017 in a car made in Sweden.

The incongruity and awesomeness of this combined technology hit me hard. Then I listened to the carol.

You can listen to it from the clip I’ve embedded in this blog post which enhances the amazingness of the technology further.

The words they are singing are from a the medieval carol Adam lay’y bounden. Using your computer you can read all about this poem from the fourteenth century here.

Here are the modern words–along with the medieval version.

I’m listening to this on my Apple gadgetry and then pondering the irony that, for Christmas I added to my Apple weaponry an Apple watch.

And all was for an Apple. An Apple that he took…

As Adam was enslaved by his choice of an apple, I wonder how much we, as individuals and a human race, are being enslaved by the Apples which we took.

In other words, what is our technology doing to us? What is the result of our choice? How are we de-humanizing ourselves? How are we cutting ourselves off from one another and from God?

Adam and Eve were reaching out for knowledge so they might be like God. How are we unleashing forces that are greater than we are? What demons are flitting out of the Pandora’s Box we have opened? How, through our technology are we grasping for Godlike power?