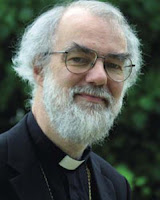 Archbishop Rowan Williams has publicly debunked the traditional Nativity as ‘legend’. Anyone who has read the New Testament in detail will know that the stuff of medieval paintings, crib scenes and Christmas cards include a good deal of non-Biblical ’embroidery’. However, one doesn’t need to deconstruct all of that to somehow prove one’s intellectual credentials.

What interests me is that many of our conservative Evangelical friends want to distance themselves from the liberal intellectual reductionism of the Archbishop of Canterbury, but when it comes to Catholicism are they not just as critical, just as rational, just as reductionist as the ABC? In fact, Protestantism has in its very genetic code the same rationalism, reductionism, individualism and humanism which is exhibited by the Archbishop’s comments–it’s just that in Evangelicalism it comes to move ‘conservative’ conclusions.