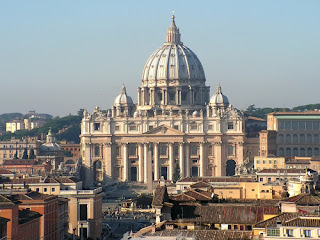 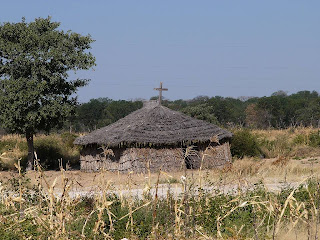 There are  a whole set of attracting opposites which validate the authenticity of the Catholic Church. I wrote yesterday about the extremes of refined taste and common taste–both of which have a place in Catholicism. Have you considered how the church is both universal and local?

Catholicism is the only religion that is, at once, universal and local. Anywhere in the globe you will find Catholicism planted and growing. In some places the church is poor, tiny and persecuted, but still you will find Catholics united in the one faith, part of one flock being ruled by one shepherd. Their customs and cultures vary enormously. Their people are of every tribe and language and nation. Some ‘liberal’ some ‘conservative’. Sometimes they fight, but still they are united by a shared belief, and a loyalty to the one authority of the Bishop of Rome. It is true that this ‘loyalty’ is often stretched by disobedience, complacency, ignorance and willfulness. Nevertheless, there is an underlying unity that transcends national culture, contemporary circumstances and ephemeral trends.

At the same time, the Catholic Church is local. It can be identified. You can find it on the next street. It is called St Bernadette’s and the priest lives in the house next to the church and the people attend the one Mass each day within that brick building. While the Church is universal it is also local with all the specificity of local customs and cultures and traditions and problems and solutions and sinners and saints.

There is no other church or religion which can claim both universality and the specificity of being local in the same way. To be sure, some denominations–like Baptist or Anglican or Methodist– have a global presence, but they have no over-arching authority structure and ecclesial theory which produces an underlying unity. Instead they are essential local or national churches. Despite belonging to a national or international federation, each local Baptist church is autonomous. Despite sharing a history and tradition, each national Anglican Church is autonomous. Each one is, in a sense, a national church.

Furthermore, the traits the different denominations do share–the qualities which make up their identity–are personal, ethnic, theological or national traits–not universal ones. So, for instance the Baptists share a theological tradition based on certain distinct (and sectarian) theological opinions. The Anglicans share an ‘Englishness’ as the Eastern Orthodox have their distinct national and ethnic identities. Methodists and Lutherans are bound not so much by theology as they are to a memory of their founders and the traditions that have arisen over the years.

The reason Catholicism can be both universal and particular is the office of the papacy. One shepherd–one flock. The over-arching ministry of the Pope provides the historical continuity, the ability to transcend particular cultures while allowing them to flourish and the authority to guarantee a bedrock of moral and doctrinal teaching– in direct continuity with the faith of the apostles– upon which the faithful from every place and time and culture and clan can unite.