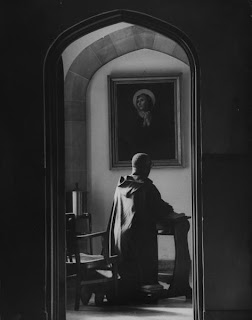 Here begins a series of meditations on the Lord’s Prayer phrase by phrase:

Patriarchy is not popular. Our society–like one herd of prodigal lemmings is running from the Father as fast as they can. It’s understandable. Bad fathers leave deep wounds. Absent fathers leave empty spaces in human hearts. Violent fathers hurt souls and minds as well as bodies. Abusive fathers should wear millstones and go swimming. To top it all, the Catholic Church who calls their priests ‘Father’ too often bears the shame of men who are bad and abusive spiritual fathers.

But there is another side to this coin. The human heart is, because of our fallen condition, in a default setting of rebellion against the Father. It is part of healthy human development to break away from the parents and establish emotional and spiritual independence, but this natural stage of development too often turns into an ugly rebellion against the Father. It must be said that this rebellion is often exacerbated by sinful choices. To put it bluntly, much of the rage against the Father is not the Father’s fault. It is the fault of the prodigal son and the prodigal daughter who choose to run away and therefore have only themselves to blame when they end up in the slime and filth chomping on pig swill.

As a result, what a beautiful and simple phrase with which to start the prayer of prayers! “Our Father” we humbly say; and in that phrase is captured the entire heart wrenching story of the prodigal son. In that phrase we have “come to ourself” and turned our hearts to the Father, and this is the core experience of the Christian faith: to say “I will arise and go to my Father.” As we do, the rebellious streak within us withers and dies. We cannot turn to the Father and be rebellious against him at the same time.

So what happens when we turn to the Father? Spiritually we have oriented ourselves ‘ad Deum’. We have turned to God. We have repented. We have opened our hearts to all that is infinite, that is simple, that is beautiful, that is ‘yes’. Emotionally we have turned away from the ragin emotions of lust and rage and hate and selfish desire. We have turned away from the fickle and confusing maelstrom of emotions and have turned to the objective One–the Presence–the Rock. In turning to the Father we build our house upon the Rock and not the shifting sands of our own emotions and perspectives.

For in Him we live and move and have our Being, so as we say “Our Father” we send our roots rain.