Paine in the Neck

Paine in the Neck 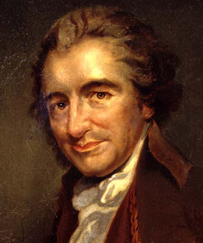 Here is a statement by one of the ‘intellectual’ founding fathers of the United States of America.

There is an inconsistency in his statement. The creed he espouses is actually that of the Protestants. He just didn’t realize it.

What tickles me about this sort of statement is that it is put out by sophomores everywhere with a kind of bravado–as if they were the first ones to think of it– they wear this statement as one might brandish a protest sign or a red badge of courage–never actually taking the time to think through either the statement itself or how dumb they look proclaiming it to the world.