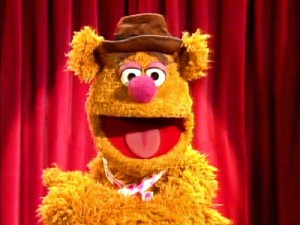 This article explains how Pope Francis, in a recent meeting with religious superiors expressed his dismay at the growth of vocations among “restorationist” religious orders. He’s worried that they are too “rigid”.

“The decline of religious life in the West worries me,” Pope Francis said in an exchange with superiors of men’s religious orders. Nevertheless the Pope said that he was troubled by “restorationist” orders that “offer security but instead give only rigidity.”

“When they tell me that there is a congregation that draws so many vocations, I must confess that I worry,” the Pope said.

The Holy Father went on to say that some religious orders are “Pelagians.” He said that “they want to go back to ascetism,” and devote
themselves to defense of faith and morals. But then, he said, “some scandal emerges involving the founder.”

Pope Francis concluded his criticism of tradition-minded orders by observing: “The Holy Spirit is not triumphalist.”

I can certainly see his point. Some traditionalists are scrupulous, Pharisaical, self righteous, legalistic, fundamentalist and puritanical, and they are not only hard to take, but they damage the faith and inhibit true faith formation.

The problem with his analysis, however, is that all traditionalists are not like that and in every religious order there are good eggs and bad eggs. Has our dear holy father forgotten the parable of the wheat and the weeds? The wheat and the tares look very alike, but they grow in the same field. The Lord’s advice was to let them grow together and let it all be sorted out in the final judgement.

We should avoid labels and stereotyping.

I spent a fair bit of my early Christian formation within a Protestant school that was famous for being “rigid” but I and many others survived and grew up (I hope) into a fairly balanced and sensible disciples of Jesus Christ. The rigid we will always have with us. It’s part of the human religious dynamic.

I don’t mind the pope expressing his concerns about the tendency toward scrupulosity and legalism, but I wish he would also level his cannon at the other problem. While recognizing the real problems of extreme legalistic (and sometimes downright crazy) traditionalists, it seems to me that the greater problem in the church today is what I call Fozzy Bear Religion. This is a form of Catholicism which is warm, cuddly and theological fuzzy.

If the church does not have clarity of teaching in faith and morals, then what structures and strictures are there by which we can construct a pastoral method that is both compassionate and clear?

Sure there are problems with religious orders that are too rigid, but I believe there are even greater problems with the religious orders that have undermined the faith, gone sentimentalist and fuzzy about Catholic morals, abandoned the liturgy, ignored the great tradition and destroyed the church from within. If these liberal orders are so great why have they hemorrahaged members so badly over the years and why are they finally greying and dying out for want of new vocations?

The fact of the matter is, the new orders and orders that are “restorationist” and are successful are doing exactly what the fathers of the Second Vatican Council asked the religious orders to do. They asked that they examine their original charisms and return to the core of their calling and ministry. I’ve visited some of these new orders and while they might have some members that are rigid they have far more members who are balanced, joyful and zealous in their faith.

So why is the Pope so miffed?

Maybe his own Jesuit order needs a similar restoration.