Praise for Mystery of the Magi

Praise for Mystery of the Magi 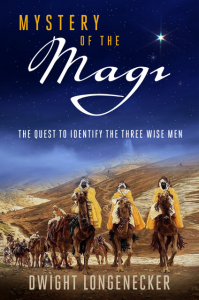 “I just finished reading Fr Longenecker’s book and I must say I am extremely impressed. He puts forward a very good case not only in support of his position that the Magi are to be regarded as historical figures but also as to where they might actually have been from and who they might have been (hint: not the Christmas card kings coming in on a flying visit from Persia!).

He covers the complex archaeological, historical, and scriptural evidence thoroughly enough to impress a scholar and yet in a way that makes the material very accessible for the reader who is coming to this kind of material for the first time. I would suggest that this is an important book for two reasons. The first that Fr Longnecker’s proposal, well grounded as it is in the available evidence, makes an important contribution to scholarly debate on this issue. The second is that the non-scholarly reader is given an entertaining and highly educational introduction to the history and culture of the time and place it deals with.

It is a fascinating book for which the author deserves much credit and that deserves to be widely read. I think it is fair to say that the mystery of the Magi is a mystery no longer.”