Prayers for the Dead

Prayers for the Dead 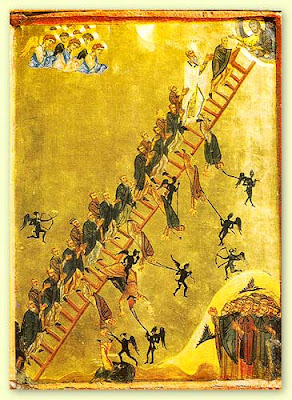 We had a beautiful All Souls Day Mass at St Joseph’s Catholic School today. The students, faculty and staff recorded the names of their loved ones and each one was named as Mass was said.
Most non-Catholic Christians don’t have any truck with the Catholic custom of praying for the dead. Their theology forbids it. Once you’re dead, they believe, you either go straight to heaven or straight to hell. In a sense that’s what Catholics believe too because we don’t believe that Purgatory is a third destination, but simply a part of heaven. Everyone in purgatory will eventually get to heaven proper. We don’t pray for the dead because we believe in purgatory. We believe in purgatory because we pray for the dead.
Prayers for the dead are far older than a belief in purgatory as such. The Jews prayed for their dead as 2 Maccabees 13:43-45 shows. This article gives detailed evidence that prayers for the dead were not only a Jewish custom, but carried over into the New Testament and the early church. Some people think St Paul’s reference to prayers for Onesiphorus in 2 Timothy 1:16 are an example of prayers for the dead since Onesiphorus is referred to in the past tense and because at the end of the book greetings are given to ‘the family of Onesiphorus.’
The clearest example of prayers for the dead in the New Testament, however, is in I Corinthians 15. In his famous chapter on the resurrection St. Paul mentions in verse 29 that the resurrection must be true, otherwise why would they baptise for the dead? We don’t practice baptism for the dead anymore (unless you’re a Mormon) but after the custom of the early Church we do celebrate Masses for the dead, and the fact that the New Testament Christians baptized for the dead, and St Paul did not disapprove, shows that prayer for the dead were part of the early Christian beliefs which they had taken on from the already existing practice of the Jews.
Belief in purgatory follows from this devout practice. We logically ask where the souls are for whom we are praying, and we conclude that they must be in a place where God’s grace and light continues to work for them and with them for their continued growth in grace until they reach the full manhood of Jesus Christ their Lord.
PatheosDwight2007-11-02T14:25:00-04:00November 2nd, 2007|Categories: Patheos|7 Comments