On Priests, Cars and Cigars

On Priests, Cars and Cigars 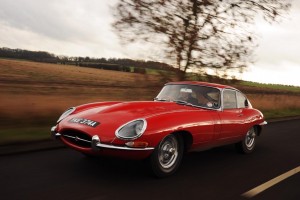 My post about a priest and a sports car raised more comments over at Facebook than almost anything I have written in the past.

The opinions were about 50-50. Many saying, “Go ahead Father. The people who care don’t matter and the people who matter don’t care.” Others were more cautious, saying that even if the sports car was less expensive than the sedate sedan I presently drive I should not get the sports car because it casts the wrong image.

Among the best comments were, “Go ahead and get one Father, but choose a black one with a white front bumper.” The other good comment was, “Go for it and then watch your weekly collections plummet.”

For those who are biting their nails over such a horrific prospect, I will probably not get a two seater–not because I shouldn’t but because the darn things are so hard to get in and out of, and when the roof is down you need a hat and they don’t have chin straps on saturnos.

But seriously, the silliest comments were the ones where a few folks compared the sports car to the man’s sexuality. Honestly, how dumb is that?

I realize of course that the comparison can be made. I won’t go into the symbolic details–leaving that to your imagination.

I also realize that a sports car could be regarded as “sexy” or that it might be used as an attraction to gorgeous females.

I also understand that these comparisons are more convincing when the man is of a certain age.

I also accept that there may be some truth in the analysis for some men who have disordered desires.

However, it is also possible that a man might enjoy a two seater sports car simply because it is pretty cool. It looks good. It is fun to drive and roaring through the mountain roads with the wind in your hair (or not as the case may be) is good, plain wholesome life- being- lived to the full with thankfulness to God for all the good stuff he made, and the genius of man (as a sub creator) in making such a pleasurable machine.

In other words, as a cigar is sometimes just a cigar, so sometimes a car is just a car.

Which leads me to an analysis of the analysis. Freud’s theories are pretty much discredited now, but armchair analysts still feel they can pick through a person’s subconscious and find sexual undercurrents?

Even if what they say is true, so what? What are you going to do about it? Let’s say a man does buy a red sports car because it makes him feel more manly or he is compensating for whatever…who cares? Does anyone give two hoots when a woman gets a kitten and mothers it?

To push it even further, why does the symbolism have to be sexual? A creative person can look at most anything and find significant symbolism in it. One person sees a two seater red sports car as an extension of a man’s sexuality. You might as well say the powerful engine and speedy acceleration is a symbol of the man’s ambition and lust for power.  You could say the two seats and the red color symbolize the man’s marriage–full of passion and only room for two–him and his spouse, and his love for that car reflects his love for his wife.

Or you could say the red color and power of the car was a symbol of the man’s spirituality. See–its red for the Holy Spirit–the spirit of power and creativity in the world. That man rides in the fiery chariot of God! What a holy person he is!

What really matters is not so much our motivation for actions, but what we do about it.

This is why genuine worship is important. When we worship we give it all to God. We bow before him and should say, “Here I am Lord. All of me. Here are my mixed motives. Here is my sexuality. Here is my ambition. Here is my pride. Here is my family. Here is my mind, my body, my spirit.

Here I am Lord. Thank you for making me who I am.

and help me to become who I ought to be…

…and could I have the two seater in red with a black interior please?