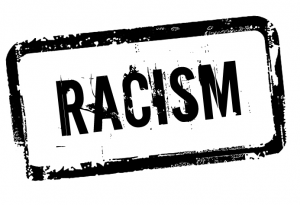 I was thinking the other day about the secularists’ shock and horror at racism. I think I had just seen some progressives screaming about racism and accusing old white men (and everybody else they didn’t like) of being racist.

It got me thinking about why this is such a big deal.

Don’t get me wrong. I think racism is a big deal. Racism is definitely a bad thing. To judge another person solely by their skin color is stupid and cruel. I also realize that racism has more to do than just skin color. It includes judging a person by their different ethnicity or cultural background. I get all that, and as an old white man I’m sad to admit that some old white men are racist.

I admit that I’m racist sometimes. I’m sorry about it, but reckon if I acknowledge it I can hopefully do something about it. I can repent and change my ways and try to be more open minded, fair and see people for who and what they really are rather than pre-judging them by their race or ethnicity.

Fact of the matter is, any kind of pre judging of anybody is wrong. Whenever we put someone in a box we put them in prison. Whenever we put an individual into a group we de-humanize them. So, whenever we categorize according to age, race, ethnicity or culture and put a person into that category we not only de humanize them, but we have probably done so in order to condemn them, scapegoat them, exclude them and eliminate them.

On the other hand, it occurred to me that one of the reasons secularists get so worked up about racism is because maybe for some of them it is the only sin left. They’re good people and want to be down on sin just like the rest of us, but bless their hearts, they don’t have many sins left to be down on.

Gluttony? What’s that? Would anyone in our secular,  materialist society ever for once think that gluttony or drunken ness is actually wrong? If they have taste they might get grossed out by gluttony. They might think gluttony is bad for your health or that alcoholism is a danger that one should avoid for the sake of one’s job, reputation, relationships etc. but do they think it’s a SIN? Nah.

Greed? The creed on greed is Gecko’s creed: “Greed is good!” Nothing wrong with getting as much as you want however you can. Sure, some secularists are down on greed amongst fat cat bankers and internationalists because their policies are unfair to the poor, but there’s not much awareness that greed itself is actually a SIN.

Lust? What’s that? When it comes to sexual morality, anything goes. The belief there is that of the Satanist: “Do what you will.”

Sloth? Does not compute

Wrath? We’re right to be angry!

All that’s left is racism. It’s the only sin left, so this is why it is so upsetting for the secularists.

Catholics have still got seven other deadly sins to get worked up over.

We’re down on racism, but if we don’t give it as much airtime it’s because we’re working on the other stuff as well.