Relativism and the Antichrist

Relativism and the Antichrist 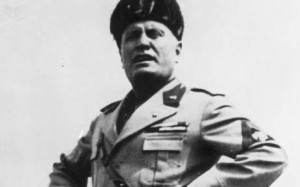 My essay this week at Imaginative Conservative explains why “the dictatorship of relativism” is  not a catchphrase, but a reality.

This is why, in the end times, “the abomination of desolation will stand in the holy place.” The antichrist will stand there and he will be worshipped and adored for he will save his people from their relativism. He will promise to deliver them from their self created hell while still allowing them all their decadent pleasures. He will be someone at last to believe in and serve and they will fall at his feet like a million gibbering gollums, longing to be his devotees, his debauchees, his supplicating victims, and his willing slaves.