Shock Horror!! Corruption in the Vatican!

Shock Horror!! Corruption in the Vatican! 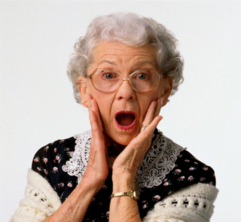 Two people have been arrested at the Vatican for leaking information about alleged corruption in the Vatican. This report recounts the sensational news that is about to be published in two new books, one by Italian journalist Gianluigi Nuzzi.

Nuzzi’s 2012 best-seller, “His Holiness,” based on leaked papal correspondence detailing corruption, infighting and intrigue in the Vatican has been cited by some as inspiring Benedict XVI’s stunning resignation from the papacy in 2013.

According to the publishers, Nuzzi’s new book, “Merchants in the Temple: Inside Pope Francis’s Secret Battle Against Corruption in the Vatican,” promises to reveal “heretofore untold, unbelievable stories of scandal and corruption at the highest levels.”

“A veritable war is waging in the Catholic Church,” a news release quotes Nuzzi as saying. “On one side, there is Pope Francis’ strong message for one church of the poor” and on the other, “there is the opaque and aggressive power systems within the Vatican’s hierarchy.”

Why is this a surprise? The article reports that “scandal and intrigue still swirl, as they have for centuries, through the largely closed world of the Vatican’s administrative bureaucracy.”

It has always seemed odd to me that people should be surprised, shocked and horrified that there is corruption in the Vatican and hypocrisy in the Church. Jesus said, “The poor you shall have with you always.” and this applies to the poor, wretched sinners as well as the poor, wretched impoverished people.

The history of the church reads like the Old Testament. It is a seriously seamy story of sinners stumbling and falling, getting up again and trying once more. Why is this a surprise? Isn’t that what you would expect? Isn’t that what your life is like?

Furthermore, aren’t you suspicious of a church that isn’t corrupt? When you come across those squeaky clean sects where everybody has their hair combed, their shoes shined, their neckties tied and their trousers ironed–don’t you get creeped out? Aren’t you wary of all those toothy grins, the pious platitudes and the surface perfection? If it seems to good to be true. Guess what? It’s not true. Continue Reading