Should We Call it “Radical Islam”?

Should We Call it “Radical Islam”? 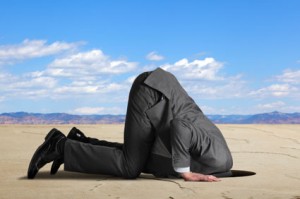 This article makes specific what we have known for some time: that Hillary Clinton and President Obama refuse to use the term “Islam” when referring to jihadist attacks.

Do they have their head in the sand?

Their reasons are that they don’t want to help demonize all Muslims for the extremist views and actions of a few.

This is understandable, and in some ways I agree. It won’t do any good to demonize and scapegoat all Muslims for the violent actions of a minority.

However, there is a fundamental problem at the core of this which liberals like Obama and Clinton will not face because it is very fundamental to the beginnings and nature of Islam itself.

The problem is, we are assuming that Islam is a religion like Christianity–in other words that Muslims believe their religion is a matter of personal spiritual choice, and that Islam, like Christianity, is essentially a religion of peace, justice, sweetness, light and forgiveness, and that the terrorists are just crazy fanatics–kind of like Westboro Baptists on steroids.

That would be to misunderstand the foundation and history of Islam. From the beginning the religion of Islam was bound up with conquest by violence. Mohammed himself was not a peaceful Christ like figure, but a ruthless Arabian warlord. His immediate followers combined ambitious military conquest which they justified by the expansion of their religion. The Koran justifies holy war and calls on all Muslims to take part in jihad and to establish world wide Sharia law.

We can readily admit that these commands may be re-interpreted by moderate Muslims. “Jihad” might simply mean for them “the spiritual and moral struggle” and they might say they only want Sharia law to be available for them as they practice their religion in peace.

The problem with this is that the extremists will argue quiet convincingly that a literal understanding of the Koran is the only pure understanding and that “Jihad” does not simply mean spiritual struggle, but armed conflict and conquest–and they would look to the example of Mohammad himself and his immediate disciples who understood jihad in that way.

Furthermore, it is very difficult for Muslims to avoid a literalistic interpretation of the Koran because of the nature of the Koran’s creation. Continue Reading