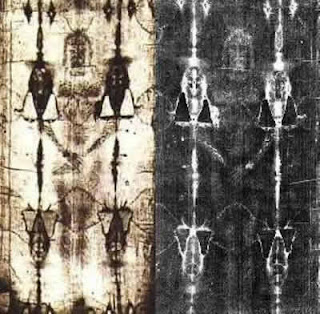 What is this? Vote in the poll in the right sidebar. Here’s an interesting article on the Shroud.