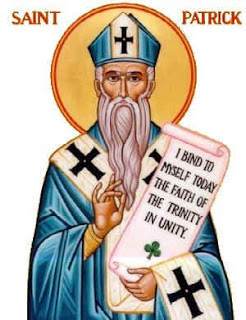 Christianity (according to the theory) first came to Britain through the missionary efforts of St Joseph of Arimathea who was a tin trader. He was an uncle of Jesus Christ and some say Jesus visited Britain during the silent years with St Joseph of Arimathea. This ancient Christianity, cut off from Roman control continued in Western England while the Copts from Egypt sailed to Ireland and converted the heathens there. This theory is based on the fact that they have found some carvings in ancient Coptic churches that resemble the tracery in the Book of the Kells.

This beautiful, ancient Christian faith existed in sublime independence from Rome until the missionary endeavors of St Augustine of Canterbury sent by Pope St Gregory the Great in 597. That is when Roman power took over the church. The present day Anglicans are merely continuing the same ancient, noble tradition of being an autonomous ancient church.

The whole thing is baloney. The first Christians in Britain were Roman soldiers and slaves. St Alban is the first British martyr in 304 and he was a Roman soldier. Therefore, de facto, the first Christians in Britain had natural allegiance to Rome. The episcopacy was set up quite early and it was linked to Rome. The British bishops were present at the Council of Arles in 313. There is no evidence of St Joseph of Arimathea visiting Britain other than pious legend, and there is certainly no evidence of Copts founding the Celtic Church.

What we do know is that Patrick in 461 was born into a Romano-British Christian family with continental connections. His mother was French and was related to St Martin of Tours. After being taken captive and enslaved in Ireland he re-discovered his Catholic faith. He escaped to mainland Europe, trained as a monk and priest and accompanied St Germain of Auxerre on missionary efforts to stamp out Pelagianism in Britain. He was called to evangelize Ireland and was eventually sent as a missionary by Pope Celestine. Patrick did not find a thriving ancient Celtic Church founded by Coptic monks. He found bloodthirsty Druids needing baptism. He was always a loyal son of Rome and he founded the Church in Ireland.

Anyhow, I’ve written an article on this that was published some time ago in This Rock. You can read the whole thing here.